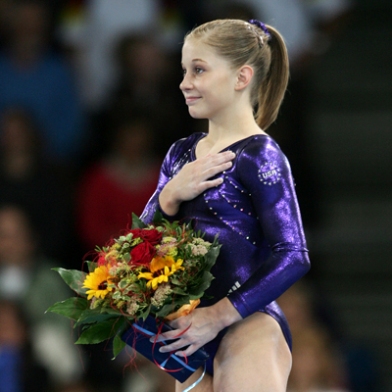 Shawn Johnson had surgery in February for a torn ACL and was on crutches for weeks. At the time, doctors said any gymnastic training would have to wait at least six months.

Here’s a video of Shawn Johnson news about the 2012 Olympics:

In other news about Shawn Johnson:

Johnson was recently asked to throw out the first pitch at an Iowa Cubs game – Shawn Johnson was born in Des Moines, Iowa.

The pitch was pretty rough looking as it bounced its way to home plate.