Additionally, to celebrate the new release, Infinity Ward will host two Double XP weekends. The first Double XP will take place beginning Friday, May 28, and the second will follow on Friday, June 4.

Activision’s Call of Duty was the #1 third-party franchise for the quarter ended March 31, 2010, and Call of Duty: Modern Warfare 2 has become the #1 best-selling third-party video game of all time. 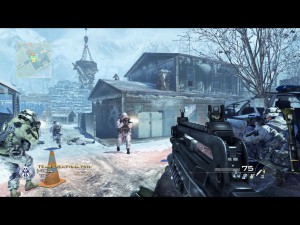