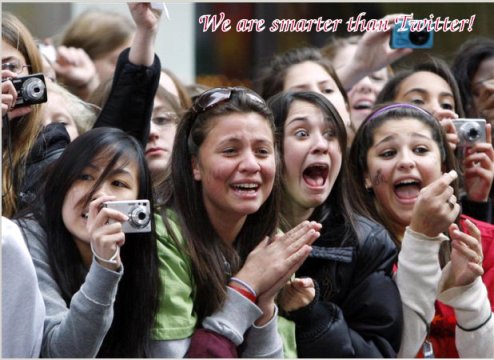 Good job Twitter!  So you think you can actually influence the actual “wants” of the people that make up the web? Let this be a lesson to you…

Besides, are you (Twitter) suppose to be all about open source, freedom of information, and trending lists that represent what people are most interested in?

Why is it then if Justin Bieber is in fact more of a trending topic then anything else, then why wouldn’t his name be represented on the Twitter trending list?

According to CNN, by Sunday, fans had tweaked his name, calling him Twieber or Jieber to get around the new algorithm change. Now he’s in two top spots on Twitter’s lists, and all is well in the world.