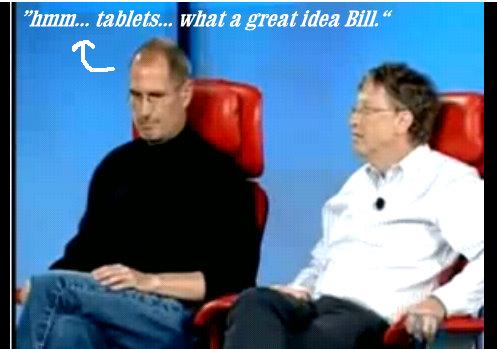 Wow – this is a very interesting video that Gizmodo dug up showing Bill Gates and Steve Jobs having a conversation about technology and the Internet.

And then Bill Gates goes on a run where he discusses tablet devices and seems to actually layout the ground work for what ultimately became the iPad and perhaps even the iPhone.

Check out the video and you tell me what you think?

I don't think so.