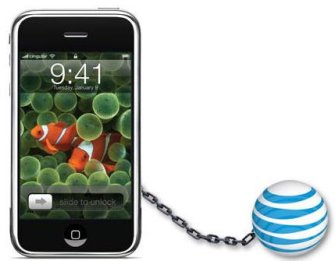 With the rumor mill spinning of a Verizon iPhone coming as early as September, and perhaps even a Sprint iPhone coming toward the end of this summer, AT&T has seemingly made a move that is not very customer friendly!

AT&T has nearly doubled their ETF (Early Termination Fee) for existing iPhone customers who are locked into their contract.

And although this is now equivalent to Verizon’s ETF, AT&T could have really kept themselves set apart from their competitors by offering a lower ETF fee.

Or… AT&T could have actually invested in their data infrastructure to deliver better service, better connectivity, and better pricing on their plans (imagine that concept).

Of course, AT&T is denying the instant criticism that the increase in ETF’s is related to the potential news of a Verizon (or any other) iPhone coming.

I don’t know though – AT&T increasing their ETF’s on all existing iPhone customers sure has suspicious timing.

There has yet to be any official announcement from Apple, AT&T, or any other phone carrier of an official iPhone release date. But the rumor mill says that Sprint could possibly be selling the iPhone as early as the end of this summer.