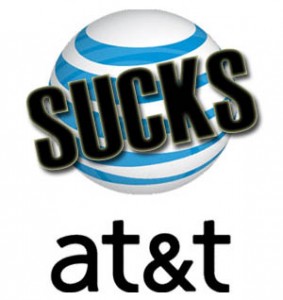 The iPhone 4 pre order craze is currently sweeping the United States like a tsunami. People were standing by their computers last night at 12am (midnight), frantically hitting their F5 keys to be one of the first people to pre order the iPhone 4.

Question question – were you one of those people that stayed up until 3am hitting F5…. F5…. F5…. on the AT&T and Apple website?

Anyway, the frustration toward AT&T (and Apple) seems to be building as the day progresses. People are getting frustrated over the otherwise terrible customer service that AT&T provides even with someone like a pre order. Other people have had it with AT&T and Apple’s online store crashing throughout the morning. And finally, people are getting even more frustrated with their experience on the phone when they call in to AT&T.

Here’s an example of people’s mounting frustration at AT&T:

I called AT&T since the website was down. I pressed the button to change existing phone/service and the phone was answered in 2 min. Then the guy takes all my info and says he will pass me to order dept. Then I wait 45 minutes on hold until the order department asks the exact same questions and then tells me I can’t order by phone. AT&T better wake up because as soon as the iPhone is on another network they are doomed. WAKE UP AT&T!!!

This was a comment from one of my previous iPhone 4 articles.

Pretend you're a new customer, not an upgrade. You'll fly right through. Once you have the phone call ATT and exchange it for your current iphone, the "new"plan you were forced to sign up for goes into limbo,plus you save the $18 upgrade .DID it the last 2 iphone releases worked like a charm, Took me 3 minutes at ATT site to do it today. Shows how much Apple and ATT care about current customers

Why don't you just preorder using the Apple Store iPhone app??? Did it and was able to reserve my phone in under 5 minutes with 0 lag. And yes, the websites for both Apple and AT&T didn't work for me either.

on another note this is y i paid off being up till 330 this morning went to at&t website ordered the phone put in the CC info and didn't get charged the 18 bucks to upgrade. took bout 5 min. sorry for all others with issues but it pays to wait it out if u want it bad enough.