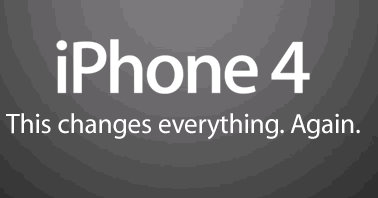 In case you didn’t know yet, the iPhone 4 was released today for pre order. The AT&T website has their links up around 4am this morning EST (I think), then the Apple store didn’t come online with their updated store until around 9am EST.

Ever since 12am (midnight) EST, the AT&T and Apple store websites have been struggling with the influx in traffic. These are eager iPhone 4 customers who are rushing to get their pre order in, and get in early.

However, a lot of people have been reporting that the AT&T website has been down several times. There are even reports that the Apple store has been down a couple of times since the iPhone 4 pre order links were launched.

Keeping up with spikes in traffic is not the easiest thing in the world to have to deal with. The best solution that I’ve found is by hosting your site on cloud servers. More specifically, cloud servers that automatically re-allocate resources to sites with spiking traffic (i.e. like AT&T and Apple store online today).

This is called “scaling”, and it means that server allocation will shift and open up as much resources as need be to facilitate increased traffic spikes.

Perhaps AT&T and Apple’s online store could find a cloud server solution valuable for times like this.

Att again.. Dropped the Ball, I do not know why the h*ll apple puts so much trust in Att…, the day of the pre-order, and the site is down, you get an error Appache Server down…. how funny..

that is all true if apple/att really wanted to keep up with the load. often these issues are helpful in creating more demand, ie nintendo chip shortage.

AT&T is just giving people a preview of the service that you can expect for the next 2 years of your life.

Sorry to tell you this, but Apples sight has been having just as much difficulty!! It's not just ATT!! Get all your facts straight before you start pointing fingers!!

APPLE is the one that sucked… Apple's site was down, then when I went to the store, they had the guts to tell me that they can only order online, which I could have done it from work (only if Apple's site would work) Pre-order my phone directly with the AT&T store instead…Fast customer service!

i had no issues when the at&t site came up i was up this morning at 315 orderd within 5 min confirmed my order and whet to sleep. they knew this would happen they should of made sure that everything would be fine so ev1 could order it. i bet there will be a shortage now!!!!

Apple is just as guilty here.. Infact it was Apple that 1st started having the issues and then ATT went down because of all the contract verification coming from Retail stores on both Apple and ATT web sites.

You can pre-order directly at AT&T stores but not at Apple….

The problem is idiots who have to have it the second it is released. I'll not waste my time seeing how bad it is, I'll wait until next monday, and OH MY GOD, I might not get an iphone 4 on 6/24, I might even have to wait until 7/1!!! HOW WILL I BE ABLE TO COPE.. I might just have to kill myself or hide if i don't have it on 6/24 apple is good stuff, but the apple geeks are hilarious. How much better will your life be if you have it 5 days before others?? If you say A LOT, do you realize what a loser you are

LOOK here steve remember what site ur at. if u wanted it u would of been up with the rest of us at 330 in the morning waiting so we have right to it. not our fault u can't get it, losers we are ur looks like u want it just as bad as the rest of us and yea i was up pre-order it like the rest of my fellow apple geeks and 4 mil other ppl so if u can't cope with it go kill ur self then. "didn't mean that spoke out of anger"

I'm not bothering with it until Friday, when it will be easy, but I am enjoying the slams from you guys while I produce revenue and get my work done laughing at your desperation and venom as being exposed as desperate tech addict. Really, Go Kill Myself, Hilarious

Some people are making some really sick comments here. For an Iphone?

How much time did you just waste writing that?

use via voice so no typing, but no answers on how your life will improve if you get one 5 days earlier. What a narrow focus and how inefficient intelligent people become when prodded by companies to act like sheep. My system is monitoring those websites and it will be several hours before ATT and APPLE upgrade servers so they can cross check availability, But now that you folks are jamming the system this will be an issue geekdom deals with for several days. Then on the 24th you will all line up like cattle at apple stores and att outlets and make life more difficult for those that want to get real work done rather than pray at the apple temple then you'll get all mad at the people who pass you in line and laugh at your iphone desperation, and in a month when we all have the phone we want you'll forget the angst and waste you went through…but only for six months until Apple announces iPhone 4GS+++ and it all starts again. TO NO GAIN, BUT really, go kill myself, never has a psychosis so clearly represented itself in a mere blog post..TAKE A DEEP BREATH, Steve Jobs has a IPhone 4 for you, he just has to deal with the other cattle first. Enjoy your day, but please don't kill yourself if you can't reserve it today

So true Steve, but it won't be six months it will be 3 months as apple announces Ipad 4d with retina display and a cup warmer for cappuccino. I can't wait to hear the Ipad first adopters go nuts when the retina display Ipad is announced and all their Ipads star selling for $69.00 on ebay. My sources say 88 days to launch. Another cattle drive online and at stores. It is hilarious to watch them in line, unwashed, bleary eyed and showing off their apple stuff while waiting for hours to spend more$$, when one week later you can walk in and out with one in 10 minutes..I concur, it's an addiction, but nearly as fun as coke, but just as financially encumbering

correction, NOT nearly as fun as COKE sorry

its official Steve has no life hahahahahhahahaha

don't know Steve but if structuring your life around apples new product releases, staying up all night to stare at an "upgrading system" message and criticizing someone who makes excellent points about apples manipulation of their fans means that you think you have a good life is actually very revealing about how little you understand about what really makes life full and rich. It is not some metal plastic glass product from a sweatshop in China. It is understanding how not to become one of the cattle..Did they agree to take your money yet while you wait. If you really beg them they will, but it will be hard to get through because there are 4 million other in line that also drank the KOOL AID and are begging them ME FIRST ME FIRST LAughable

Here is the funny part fanboys, If you go into the apple store online and pretend to be a new customer and order a new contract you will get an order number and ship date for your iphone4.The contract you select will not take effect until you activate it.Then when it comes go to an ATT store with the hardware and upgrade your current iphone. The new contract goes into limbo!. It does illustrate what steve says, that apple is abusing their current customers because of their choice of ATT. So if you want fast access and have to have it now pretend its your first deal with ATT, and then fix it on arrival. worked like a charm last two upgrades, and my Iphone4 is on the way SILLY GEEKS

I called AT&T since the website was down. I pressed the button to change existing phone/service and the phone was answered in 2 min. Then the guy takes all my info and says he will pass me to order dept. Then I wait 45 minutes on hold until the order department asks the exact same questions and then tells me I can't order by phone. AT&T better wake up because as soon as the iPhone is on another network they are doomed. WAKE UP AT&T!!!

what did you expect it has happened with every new release, an upgrade requires an interface between apple and att that doesn't exist, so you get punted. I learned that the hard way during my first upgrade and won't be led around by my wallet wasting time anymore. On friday, we;ll all be able to spend, some of us are just going to vex and spew until then..SILLY GEEKS

Maybe the Apple Store and AT&T stores are still done, but I just reserved my iPhone 4 using the Apple Store iPhone App (which just came out today) and I was able to reserve my new iPhone 4 in the store in under 5 min…. seems that way you don't experience any lag at all!

Steve, you have said it all

Ok apple and at&t are both at fault here. I tried ordering my lhone at 7 am, The website was already having problems. I walk into my local at&t store at 9:15 am, already 25 people ahead of me and only 4 employees working, go figure.. anyway, I finaly get to the front of the line and GUESS WHAT, They arent taking cash, nor debit cards nor checks.. Who the heck doesnt take cash in this day and age. Im told I need to Yup, Charge it to which I explain that I am no longer a slave to any credit card co, im told well go order it at apple. I call apple b4 making the drive and am told no problem. After getting 2 the store, Im told they cant help me except to make a reservation, which I could have done at home!! Thanks apple and AT&T for wasting my time thats 4 hrs of my life I will never get back. What my cash isnt good enough for you, Seriously.. You would think by now they would both be better prepared for these situations..If I didnt love my last 2 iphones so much, I would defenitly never do busines with either one of them again

FINALLY GOT IT ORDERED!!!! It took all freaking day…… Tell me why i was trying all day long on my computer from 5AM this morning without success and then just trying twice tonight using my IPHONE BROWSER AND IT WENT THRU!!!!!!