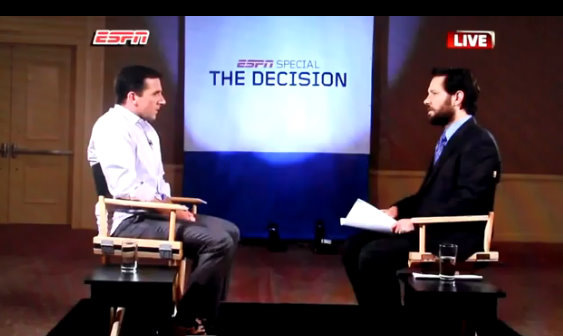 Hollywood comedians wasted no time whatsoever to take advantage of LeBron James’ The Decision. LeBron James went on ESPN last Saturday night with a 1 hour special program to announce his decision as to where he would call home next year in the NBA. LeBron donated all of sponsor revenue from the program to his Boys and Girls Club of America charity.

Check out Steve Carell and Paul Rudd in The Decision parody: