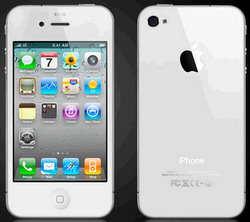 And here we go… Apple just announced the white iPhone 4 release will be delayed until later this year (2010). However, no specific date has been given as to exactly when the release will occur.

It was less than 24 hours ago that I was writing about how the white iPhone 4 release date would be next week – wow!

Here’s what Apple had to say in a press release this morning about the delayed white iPhone 4:

White models of Apple’s new iPhone® 4 have continued to be more challenging to manufacture than we originally expected, and as a result they will not be available until later this year. The availability of the more popular iPhone 4 black models is not affected.

We’ll keep you posted on any new white iPhone 4 news, so make sure you: