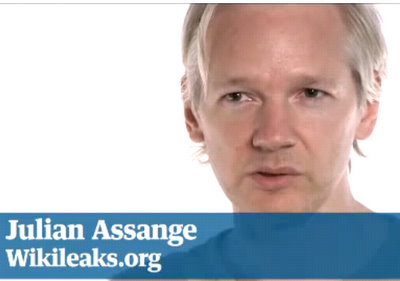 The founder of Wikileaks.org, the site that has leaked nearly 100,000 secret US documents about the war in Afghanistan, took to the camera to talk about his site, his thoughts on Afghanistan, and reason for leaking the documents.

This is an exclusive interview with Julain Assange by The Guardian.

Here’s what Julian Assange ultimately has to say about the leaked documents:

‘They show the true nature of this war.”

Here’s the interview with Julian Assange: