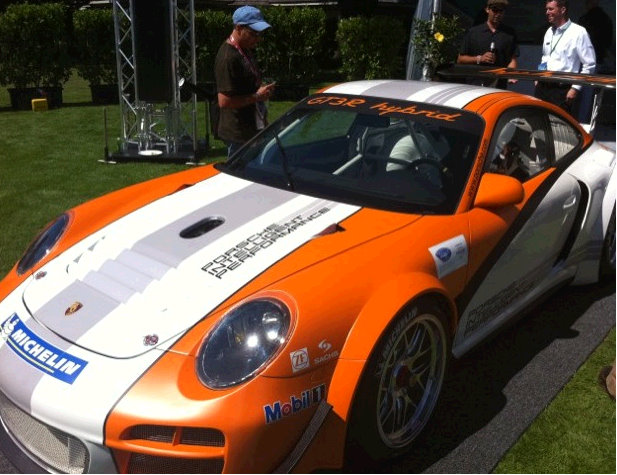 The Porsche Hybrid GT3 R has finally made an appearance on the sunny oceanside of Monterrey, California. This impressive car is not only a Porsche, and hybrid, but amazingly it is designed to be a racing machine. That’s right, a hybrid that is also a race car – hard to believe I know. But the technology is nothing less than stunning. And looking the image above, who’d ever guess that that you’re looking at a hybrid Porsche? I mean, most people never would’ve guessed those two words “hybrid” and “Porsche” would’ve ever been used in the same sentence to begin with.

What do you think about the Porsche Hybrid GT3 R?