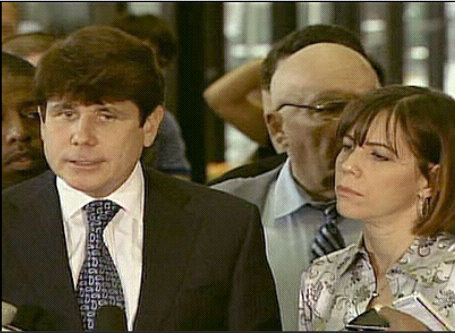 Rod Blagojevich’s verdict was read today by a federal jury. And no sooner was “The Blago Verdict” read when the circus and attacks and lash backs started from the Blago camp. Rod Blagojevich took this unprecedented opportunity to capitalize on his momentum and throw as much dirt back into the face of the federal government as he could. As a politician, he understands the power of momentum. And today, all of the momentum was in Blago’s favor. Check out Rod Blagojevich’s response to the public after his verdict was read: