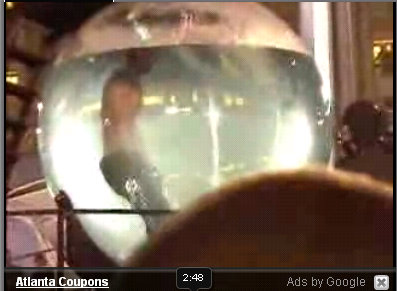 Have you ever seen David Blaine drown himself? In the video below you’ll David Blaine descend into a bubble filled with water, remove his oxygen mask, and then minutes later get snatched up by some rescuers.

David Blaine is most notorious for his street magic. However, lately he’s been trying to pull off stunts that would otherwise defy human, natural strength and endurance > i.e. drowning yourself.

So here’s the video of David Blaine getting drowned alive (note: this video is from May 2006):