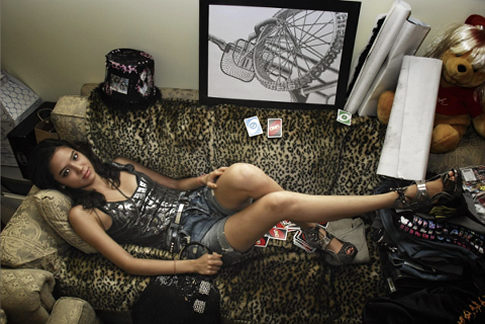 In what appears to be an accidental death, Nicole John, 17 year old daughter of U.S. ambassador to Thailand, fell 22 stories to her death in New York City. It appears that Nicole John may have been trying to get out on a ledge to take pictures when she fell to her death from the top floor of a Manhattan apartment complex. The incident occurred at 4:15am from the 25th floor of Herald Towers. Her body was found on a third floor ledge with a camera close by. Apparently there was a party going on in the apartment and a man associated with Nicole John was arrested for serving alcohol to a minor. However, John was in possession of a fake id that said she was 22 or 23 years old.