Slash, the famed Guns N’ Roses guitarist, seeks a divorce from his wife Perla Ferrar. Slash filed divorce papers today in the Los Angeles County Court. The couple has been married since 2000 and have two boys from the marriage. From what has been reported so far, Slash has stated irreconcilable differences as the reason for the divorce. Also Slash has apparently filed and agreed to pay spousal support and joint custody for their two boys.

Here are some pictures of Slash and wife Perla Ferrar: 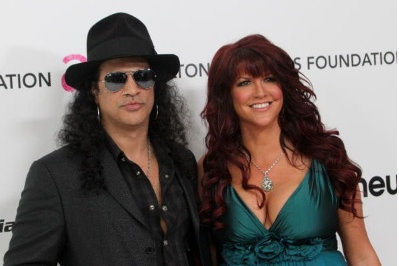 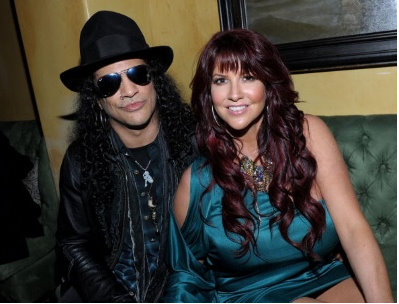 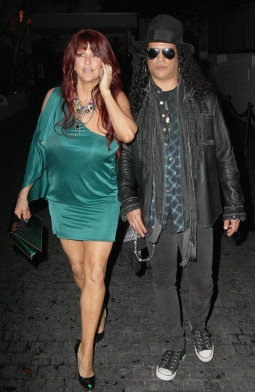 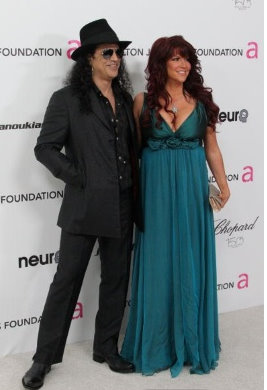 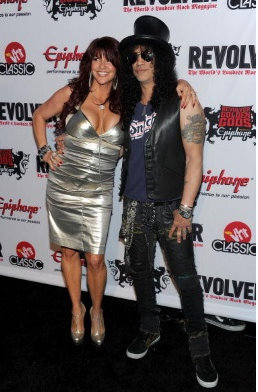 Slash is not with Guns N Roses and when he was he played off of everyone else’s talent. His wife is a golddigger and a former prostitute. I worked in downtown law offices in Chicago where she worked as a secretarial file clerk, she did nothing but comb her hair and say, “I am going to marry a rockstar”. When she got together with Slash, she came over and said, “I did it, I am marrying a rockstar”. There was also talk that she is Aileen Wuonos, the former prostitute serial killer in Florida who was convicted and supposedly execuited. Perla had a lot of plastic surgery and has a record a mile long. She is a phony and the couple are broke. Two Losers.