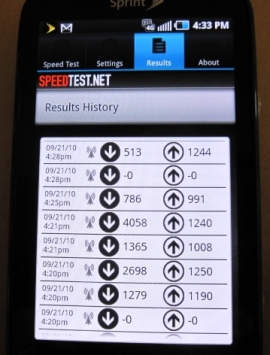 Last week, Sprint released news stating that their 4G WiMAX network would be coming to New York, San Francisco, and Los Angeles. Well just yesterday, people were reporting from San Francisco that they see 4G lighting up on their 4G enabled devices such as the HTC EVO 4G, Samsung’s Epic 4G, and the Sprint Overdrive. Although the speed tests being reported were maxing out at 4mbps (4G should be pushing at least 9 or 10mbps), the 4G sign was lighting up on their devices.

So has anyone from Los Angeles seen 4G activity?