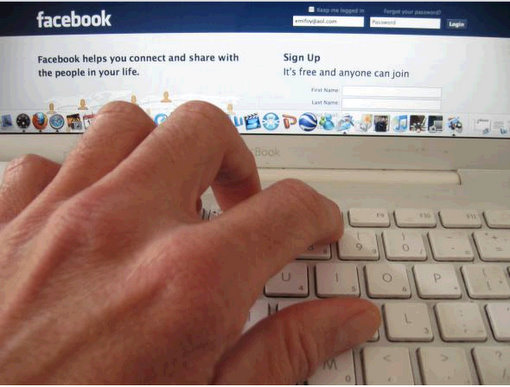 This past week I was in Atlanta for the Catalyst conference. The Gwinnett Arena was packed full of people for three days, and especially on the last two days where the speakers were front and center on stage.

The Gwinnett Arena had 2 floors open that were full of vendors who were promoting their ministry or business. But on the second floor, there were a couple of lounging areas if you will. These lounges (if you will…) had seating for people to just hang out and drink coffee. But they also had computer stations.

The computer stations were made up of 10 desktop computers, and the people who were on the computers had their backs to the crowds walking by. Which meant that anyone walking by could easily see what website people were visiting.

Not that I was snooping or anything, but when you walked by the computer stations, your eyes were just naturally drawn to the computer screens.

So I was with a friend walking by one of the computer stations. Again, 10 computers were available, and all 10 were occupied.

As I was walking by, I couldn’t help but make a very unique, and somewhat startling observation.

Of the 10 computers that were occupied, 5 out of the 10 people on the computers were on Facebook.

Think about this for a moment and tell me if I’m write is thinking this is monumental – a visual if you will on just how popular Facebook is.

I randomly walked up to a computer station that had 10 computers, and 5 of the 10 computers had people on Facebook…. what?

Is it me? Or is that nothing less than amazing…?

I mean, think of the billions of websites people could be on randomly, at any giving time.

And 50% of a random group of computer users are on Facebook!

To me, that says that Facebook is probably bigger and more influential than any of us actually realize.