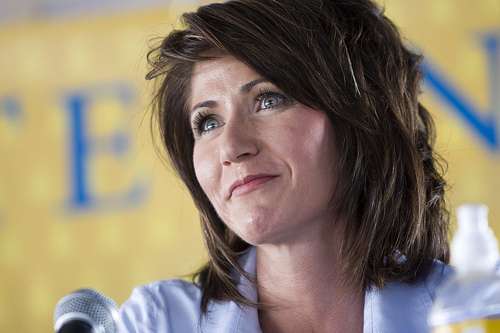 The next Sarah Palin may be rising from the ranks of South Dakato. Kristi Noem, and Tea Party member from South Dakota, has raised raised $1.1 million in campaign funds. This sets the record for the most funds raised by any Republican House challenger in the United States.

Only 38 years old, and a mother of 3 children, Kristi Noem has already raised twice as much money as her Democratic incumbent opponent, U.S. Representative Herseth Sandlin, according to ABC News.

In fact, the amount of money that Kristi Noem has raised in the past 3 months is more than Herseth Sandlin has raised in 2006 and 2008 combined.