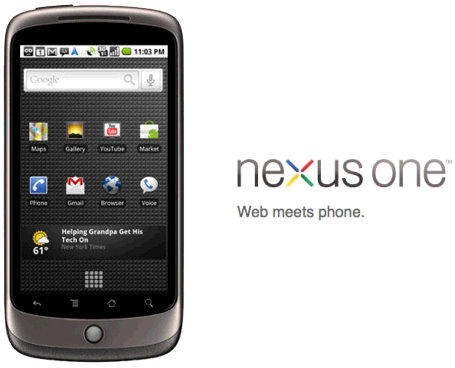 Someone made a recent comment on my “Why Google Is Smart To Close The Nexus Online Store” article asking “why Google stopped producing the Nexus 1.”

I think this is a great question because after all, aren’t there still a whole bunch of Nexus One customers out there who are still happy with their smarthphones?

Of course there are.

And the percentage of people that were complaining, or having issues with their Nexus One purchase, were a very small percentage compared to the overall customer base.

I believe the reason why Google ejected from the Nexus One is because of the simple economic principle of “comparative advantage”.

According to Wikipedia, comparative advantage is defined as:

In economics, the law of comparative advantage refers to the ability of a party (an individual, a firm, or a country) to produce a particular good or service at a lower opportunity cost than another party. It is the ability to produce a product with the highest relative efficiency given all the other products that could be produced

So even though, yes, Google can make the Nexus One and to a certain degree have
satisfied customers, it’s not there strong point.

I think Google’s decision to eject from the Nexus One is a great lesson for
all us – they’ve taught us to focus on what we know, what we have a
comparative advantage in, and not spend our resources on things that we are
not “scaling”.