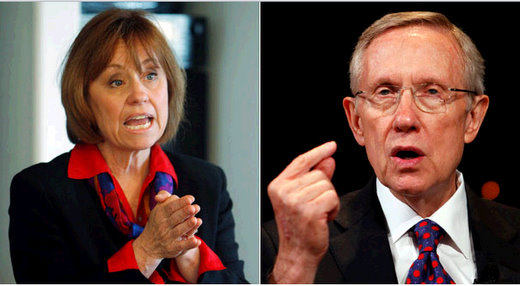 Even though Republicans are known for being more “business friendly”, the CEO of MGM Mirage in Las Vegas was hoping and praying that Democratic Senator Harry Reid would retain his position as Senate Majority Leader by defeating Republican challenger Sharron Angle.

When funds were running out and Murren needed more money from the bank, Republican Senate challenger Sharron Angle was quoted as saying that she would not have supported such a project. Jim Murren’s response to that was, “well… then… 10,000 people here in Las Vegas are about to lose their jobs.”

That’s when Jim Murren placed a called Senate Majority Harry Reid – Democratic Senator from Nevada. Senator Reid placed a call to the bank executives, and within hours Mr. Murren had the funds he needed to continue building his CityCenter project.

I say because last night Senator Harry Reid defeated challenger Sharron Angle. And I can assure you that at least one republican supporter was celebrating that victory – MGM Mirage CEO Jim Murren!