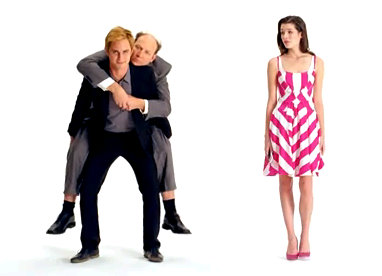 You would think that T-Mobile would be able to afford their own marketing campaign for promoting their 4G network. Instead, T-Mobile took a play straight from Apple’s playbook with their new 4G network commercial that attacks AT&T’s 3G network. I agree that AT&T should be dominating the 4G market right now. After all, they have been the sole benefactor to the iPhone for the past 3 years. But regardless, T-Mobile basically stole Apple’s marketing strategy with this commercial (see video below):

I think it’s hilarious and the commercial is really ballzy. It brings light to the fact that AT&T has done nothing with their network over the past few years. They boast multi-tasking, but any GSM network can muti-task on 3G. Verizon’s network on CDMA would cost way too much in a short period of time to get to where T-Mobile is with speed that it wouldn’t be worth it. T-Mobile is investing in the next big thing (web) by bringing the best network for browsing…and I have a feeling that they will be the best for a long time. I say, “Go underdog, way to come back into the spot light.”

Verizons LTE 4G is going to put Tmobile to shame , and is going to have more coverage. LTE is going to dominate. HSPA+ which is tmobiles 4 g is the same technology as AT&T . lol just with less users, so yeah its gonna be faster.