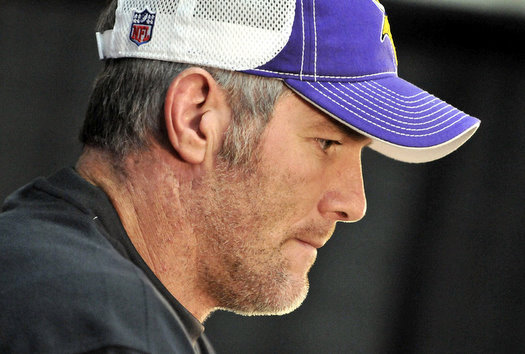 The bad publicity for Brett Favre continues today with the arrest of his sister, Brandi Favre, in Mississippi for manufacturing methamphetamine and generating hazardous waste.

Brandi Favre, who is the sister of the long time NFL quarterback Brett Favre, was arrested on Wednesday with four others during a raid to break up a meth lab in Mississippi.

According to Hancock, Mississippi County Sheriff’s, this isn’t the first time the law has had a run in with Brandi Favre.

In 1999, Favre, her sister-in-law and another woman were booked with felony shoplifting. In 1996, she was charged with unlawful use of a weapon in connection with a drive-by shooting at a motel in Slidell, La.

Brandi Favre is scheduled to initially appear in court this morning (Thursday).

This publicity gets toppled right on top of the sexual harassment charges that Brett Favre is facing from massage therapists in New York who are associated with the New York Jets.