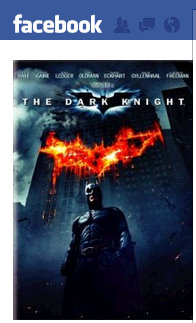 Mark Zuckerberg’s stated goal of Facebook is “to make everything social.”

From your website, to some of the largest blogs on the web, Facebook integration is becoming easier to implement and more widely adapted.

But who would’ve thought that we would see movie rentals become “social” as well?

According to Thomas Gewecke, Warner Bros. president of digital distribution, come next Tuesday movie rentals will be offered via Facebook starting with Christopher Nolan’s Batman: The Dark Knight.

What the second Batman movie?

Because this so happens to be one of the studio’s most popular movies with over 3 million registered fans on the movies Facebook Fan Page.

You’ll be able to rent the movie for 48 hours and watch it directly on Facebook for only $3.

Who knows, perhaps you’ll even get discounts on future rentals based on your sharing activity.