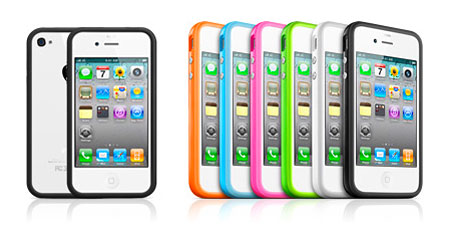 You might be wondering at this point what could Apple possible add that’s new to an iPhone 4?  I mean, the iPhone 4 was just announced on June 7, 2010, at the WWDC 2010 held at the Moscone Center, San Francisco, and was released on June 24, 2010, in the United States. So we aren’t talking about a device that’s been lingering with no updates. But according to some rumors, the next iteration of the iPhone will bring a wide range of colors to the device.  Perhaps we could be looking at a kaleidescope of colors for the iPhone 5.  So what would be your favorite color iPhone, if you could chose a specific color?