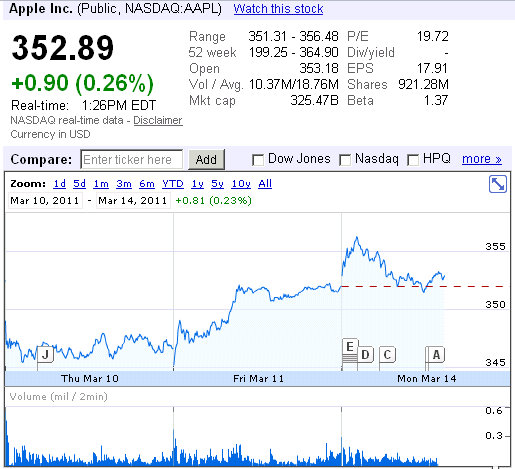 With Apple (NASDAQ: AAPL) once again establishing itself as the dominant force in the tablet market with explosive sales figures for the iPad – reportedly selling 1 million units this weekend alone in the US – shares of AAPL are up while the entire NASDAQ composite is down currently -21.44 (-0.79%) at 2,694.17. The iPad 2 went on sale on Friday at 5pm at Apple stores, AT&T and Verizon, and various other retailers, and within hours, reports were coming in that the stores were wiped out of their iPad 2 inventory. Some Best Buys reported that the iPad 2 sold out in less than 10 minutes.