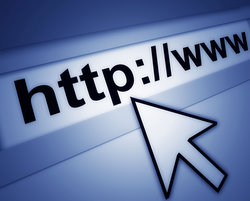 Something has been on my mind the last couple days regarding entrepreneurism, and specifically the role the Internet plays in entrepreneurial ventures.

The way I see it, being an entrepreneur today nearly requires you to be engaged online.

Is it an “absolute” that you need to be leveraging the web to be successful with your new business venture?

Once you’ve reached critical mass, now you have fans – or as Seth Godin would describe them… a tribe – of people who are cheering your business, products, and services out of their own desire and pride because they are associated with you.

Can this be achieved outside of the web?  Again, I don’t want to completely rule that out because obviously there are examples of businesses starting, and thriving, without it.

But the effective use of online tools such as Facebook, Twitter, blogging, and live streaming can help you reach critical mass faster than ever before.

And with all of these tools, you can build an audience of followers faster than ever before who you can instantly reach out to, communicate with, and get feedback from.

I’m starting this Web-A-Neur Series because I know the economy is tough, and starting a business in this economy is even tougher.

You’ve gotta be strong, diligent, and extraordinary in order to set yourself apart today, even with the easy accessibility of the Internet.

I’m proposing with this part 1 introduction that the Internet can be a key factor to lifting your business, products, or services faster than any other tool that exists.

If for nothing else, when it comes to the Internet, typically your only cost is the internet service itself.

The biggest cost you’ll pay, in my experience anyway, is the time and commitment required to build your brand using the Internet.

You can’t just create a Facebook Fan Page and expect it to flourish and take your business to critical mass in a week – that’s just not realistic.

Nor can you start a blog today and expect to be getting 2,000 visitors a day by next week. Again, that’s unrealistic.

The internet is no different in regards to having to build your brand and create a following of fans that are sold out to you and what you are offering.

It takes hard work, perseverance, and a commitment to achieving your goals.

After that however, the Internet can allow you to reach a global audience of customers, fans, and buyers on a scale that before the Internet was just not possible.

Case in point, I spent the day yesterday at our church taking part in Dave Ramsey’s Enterleadership seminar.  This is a seminar to help entrepreneurs and small businesses be more successful and make better decisions in every aspect of their business.

No, Dave Ramsey was not physically at my church though.

A group of about 12 people were watching the seminar via a live stream from Dave’s church in Nashville, Tennessee.

I would say there were about 200 – 300 people who were physically in the church sanctuary watching Dave Ramsey live.

But hundreds of thousands of people tuned in via the web to watch the exact same seminar.

The internet allowed Dave Ramsey to reach at least ten times more people than were physically in the church watching.

There was a Twitter hashtag (#entre) created for the event so that viewers could be part of the real time discussion that was happening on Twitter.

And all of the products, and additional seminars that Dave Ramsey was promoting reached critical mass because of the Internet, not because of the people who were physically present in Nashville.

In the follow up articles of the Web-A-Neur Series, I will be talking more about how you, as an entrepreneur, can leverage the tools that the Internet provides so that you can achieve critical mass with your business venture.

There are definitely right ways, and wrong ways, to go about doing this.  From the content you share, to the mindset you have, leveraging the Internet for your start up requires some planning and solid execution.

As I close this article, what are some ways you’ve been leveraging the Internet for your startup ventures?

What online tools have been more effective for you building your audience and brand?