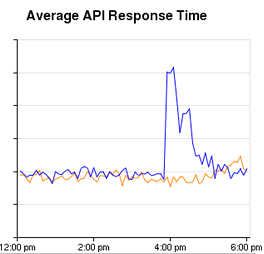 And just like that, within a matter of less than 30 minutes, the latency and loading issue that was just reported is now being reported resolved.