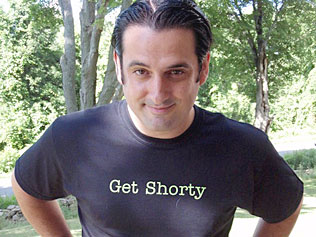 Paul Ceglia, the guy from New York who says he is a co-owner of Facebook, has revised his claim in ownership of the social networking site from 84% down to only 50%.

Ceglia is actually taking Facebook to court over this issue claiming that Facebook CEO Mark Zuckerberg signed an agreement in 2003 that have Ceglia half of the business, plus more if the site launched late.

Well, Ceglia says that he will agree to waive the late penalty clause, and drop his ownership stake to only 50%.

That was nice of him…

I’m sure Mark Zuckerberg is pleased with this whole thing as well (not).