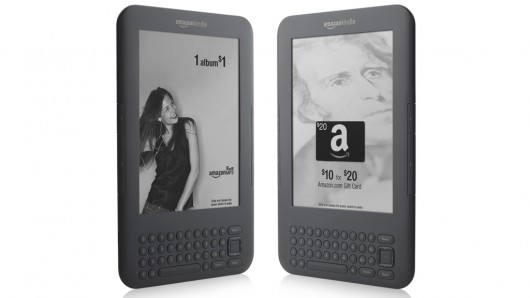 This guest contribution was submitted by Pamelia Brown, who specializes in writing about associates degree. Questions and comments can be sent to: pamelia.brown@gmail.com.

According to Nate Hoffelder of Mediabistro, Amazon has just announced an ad-supported Kindle, which will ship in early May. You can just hear the sighs of nervous authors and publishers around the world, while advertising giants such as General Motors and Visa have already happily queued up to gain traction on the device.

What does this mean for reading in the 21st century?

Well, not much actually, to be honest. Hoffelder reports that Amazon has not incorporated ads into the eBooks themselves, but merely runs the ads when the user turns on the Kindle and sleeps the Kindle. Essentially, imagine what it’s like to visit a website and have to sit through a short ad before you can view the content, and that’s probably very similar to the experience that will greet owners of this new Kindle in mid-May.

So what do consumers get in return for sitting through these ads? Amazon has dropped the price of the ad-supported Kindle by $25 and thrown in some great discounts, such as $6 Audible Books, $1 albums from the MP3 store, and some other goodies.

Despite all of these discounts, Hoffelder writes, “Of course, we still need to keep something in mind. If you’re not the customer, you’re the product.”

To be honest, I have to disagree with his pessimistic sentiment. Amazon has essentially led the eBook movement from the very beginning and has been responsible for some great innovations, and I, for one, look forward to what they’ll do in the future. Because I’m a moderate reader, someone who reads for fun on the beach or while I’m traveling, I don’t mind the idea that my reading will be ad-supported, especially if it means I can pay a little bit less for the products I want.

For that reason, I don’t quite understand the tone of Hoffelder’s remark. Rather, I think of it as this: ‘If you’re not the customer, then you’ve not taken advantage of Amazon’s great deals!’

In a world of multiple reading and multimedia tablets all vying for your attention, the Kindle continues to impress me for its ease of use, great battery life, portability, and usability. If you’re looking for a simple reading device, then the Kindle is what you want. And now, it’ll be even cheaper, given Amazon’s brilliant and inconspicuous advertising scheme. I can’t wait until I get my new one.