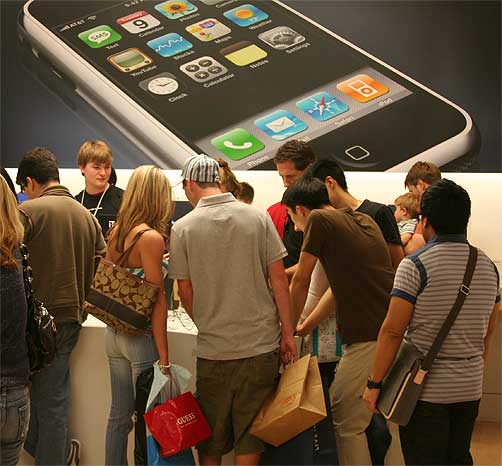 AT&T has finally humbled itself and admitted that the iPhone simply overwhelmed their data capacity from 2007 thru 2010. And they said that the problem is only going to get worse as more consumers purchase and use smartphones and tablets.

AT&T admitted their shortcomings in a new filing explaining it’s intent to purchase T-Mobile. Their statement is summarized by them saying, simply, their network wasn’t ready for the iPhone, and won’t be able to handle the new smartphones and tablets that hit their networks.

In the filing, AT&T is quotes as saying a smartphone generates 24 times the mobile data traffic of a conventional wireless phone, and the explosively popular iPad and similar tablet devices can generate traffic comparable to or even greater than a smartphone.

And they claim that by 2015, their network will consume more data in the first five to seven weeks of that year it did in all of 2010.