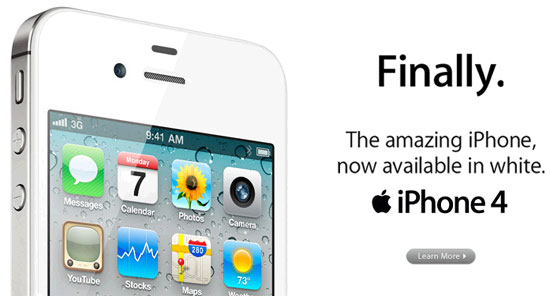 So did you wait in a long line to get the new white iPhone 4 when it was released last week?

But much to my surprise, I haven’t been able to find any reports on people waiting in long lines, or people sleeping on sidewalks outside stores, just to get the white iPhone 4.

The longest lines reported, at least that I can find, are coming out of Beijing where users reported waited for 3 hours to get the white iPhone 4.

Here in the United States, most of what I can find reports that there were either no lines at all, or lines had maybe 5 or 10 people outside the store waiting.

This is nothing dramatic, especially compared to previous product launches from Apple like the recent iPad 2 where people waited in line for up to 2 or 3 days just to get the device.