One way to gauge the future growth outlook for operating systems like Android and iOS (iOS runs on the iPad and iPhone), is to measure app development.

A chart was released today from BI that indicates developers are starting to eject from the Android platform, and sail into more profitable waters with iOS.

The new iPhone 4, and the rumored iPhone 5 and iPad 3 (or iPad HD), along with the current mega-popularity of the iPad, is causing developers to second guess the value of sticking with Android.

This is all happening despite Android smartphone users actually gaining a larger market share of users than iPhone users.

What do you think about the chart below? 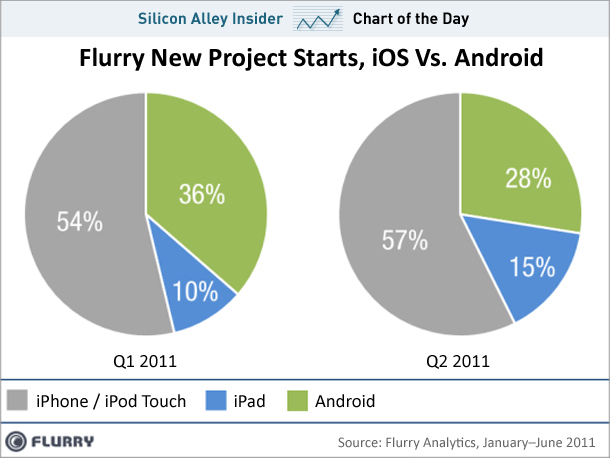 One reply on “Developers Are Fleeing Android for iPhone & iPad (Chart)”

Developers are trying to compete the iphones and ipads and thats why they are doing changing android performance.