Pete Cashmore took a pic in Grand Central in NYC illustrating, as best he could, how Apple’s largest store in the world could be built right inside Grand Central.

According to the New York Post, tech giant Apple has inked a 10-year deal with the MTA to open its largest store in the world in Grand Central Terminal.  The 23,000-square-foot store will take up Grand Central’s north and northeast balconies, displacing Charlie Palmer’s Metrazur restaurant, according to MTA documents.  Apple will initially pay rent of $800,000 a year, nearly half a million more than Metrazur paid.  After 10 years, the rent will balloon to more than $1 million annually.

This would be the largest Apple store in the world, and when new product launches hit, you better believe that GC will be nothing short of a mad house.  Trains will be backed up for miles just trying to get in there.

Just wait until a new iPhone and iPad release launches…

Here’s Pete Cashmore’s image mock up of the Apple store coming to GC: 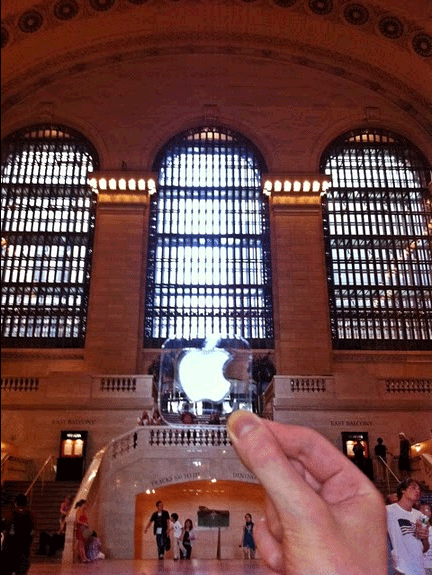