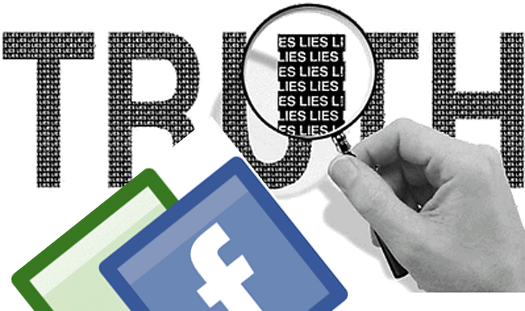 On August 9, 2011, I will officially be at the two year mark with this blog (SMSEO) and my associate Facebook Fan Page.  Starting this venture was more a whim than anything else.  And sticking with it up to this point has been both a great pleasure of mine, and at times, a huge burden.  That’s just the reality, I believe, of having a blog and working hard to maintain and actually build something that people will read.

After all, it if was easy… everyone would do it, right?

Although I’ve written a lot of Facebook Fan Page tips (over 50 and growing), I realized that haven’t been writing enough about the mistakes that Facebook Fan Page owners make.  And one of the things that have probably taught me more about growing a Facebook Fan Page, blogging, and just working on the web than anything are mistakes, not all of the “how to’s” and “tips” that are out there.  I mean, the “how to’s” and “tips” are great and I’ve learned a lot from them, but making mistakes and learning from them… now you’re talking about a whole new level of education that money just can’t buy – if you know what I mean.

The biggest mistake you’ll make with your Facebook Fan Page

So I realized that after almost 2 years – and I know, that’s not a lot of time for sure, but I’ve put a lot of work into it, trust me – of working my blog and Facebook Fan Page, that there is one mistake people make with their fan page that overrides all other mistakes.

This mistake is unique in that it’s more of a mindset error than it is a strategy or technique error.  The “things” you do to grow your Facebook Fan Page, and techniques you use, can be optimized as you learn what works and what doesn’t. But this one mistake, more of a mindset mistake, has caused more marketers to lose heart and give up than any other mistake I’ve seen – and here it is:

If I build it, and they will come!

There it is my friends.  This one single mindset is the dividing line that separates the “winners” from the “losers” in the world of building and growing an effective Facebook Fan Page.

I hate to say it (actually I’m very excited to say because I know it will help someone), but in most cases, the simple act of building and launching your Facebook Fan Page means absolutely nothing, and will do absolutely nothing for you if you don’t take any action on it.

Now like I said, when it comes to taking action I’ve got a whole slew of Facebook Fan Page tips for you to go through that will help you grow your brands influence and build a stronger a business.  But that’s not the point of this article.  With this article, I want to get the message across to you that simply building and launching a Facebook Fan Page is not enough.

Now there are some cases you can find where the simple act of building and launching a Facebook Fan Page was enough.  In fact, when Leo Messi launched his Facebook Fan Page, it generated over 7 million new fans in just 7 hours, breaking all kinds of records on Facebook.

But the reason that happened was simple, Leo Messi is known in most circles as the greatest soccer (or football, depending on where you live in the world) player in the world.  So Leo Messi had a huge reputation, a gigantic amount of influence, and global fan base before he ever launched his Facebook Fan Page.

The reality is, there is only one Leo Messi in the world.  So that leaves the rest of us in a place where we have to put in the hard work to grow our influence on Facebook and build our Facebook Fan base.  This takes time, hard work, effort, reaching out to others who have more influence than you, and… oh yeah, did I mention… hard work?

The advantages of knowing that “if I build it, they will come” is false

The good news here is that when you realize that the statement if I build it, they will come is a lie, then you are now in the right mindset to start the process of building a strong, growing, and influential Facebook Fan Page that will start to deliver returns on your effort and investment.

Just knowing that it’s going to take hard work, determination, and perseverance is half the battle because you now won’t get discouraged when you finally do launch your Facebook page, or you are now several months into it, and things are growing as fast as you’d like.

This is normal and you shouldn’t be discouraged thinking that you are doing something wrong, or that your Facebook page just isn’t worthy of being a big factor in your business.

The truth is, it’s normal to be taking some time to build and grow your fan page.

It’s normal that your fans are not growing as quickly as you’d like.

It’s normal that you don’t have a lot of people commenting and responding on your comments.

These are the characteristics of a Facebook page that is just getting started.

But be encouraged because by the one simple act of you coming to your Facebook Page each and every day, sharing useful and valuable input, linking out to other great resources (be it article, tools, whatever…), these actions will build up overtime.

And just like investing money into a savings account with a fixed interest rate, over time, your return on investment compounds.  And the compounding return on your effort (your investment) will eventually start to pay off for you, your business, and your brand.

P.S.  Now if you are looking for tips to implement, check out my growing collection of Facebook Fan Page tips.

Good stuff! Lots of tips are out there, but realizing and overcoming mistakes that perpetuate is so important.