The Google Docs team announced a new look is coming to the Docs platform that users can expect to see available over the next few days.

The new look from Google Docs is featuring a cleaner, more wide open look and feel to the docs platform.  There’ll be more space in between each document listed, and the key navigation buttons are brighter and more readily distinguished.

The new look is very consistent with the new proposed Gmail look, to include the red button theme that, for some reason, Google has a strong desire to push out.

Users can test out the new Google Docs platform by following How To (coming shortly). 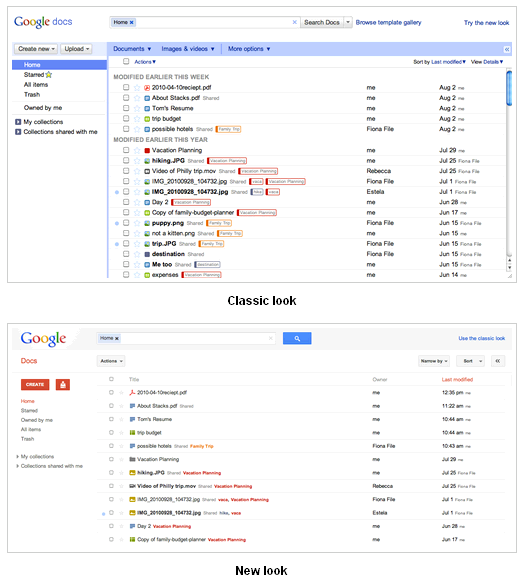