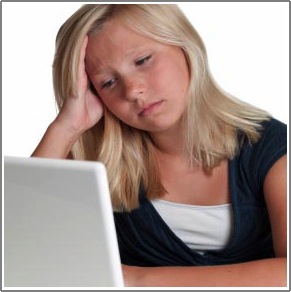 New research is showing that the Facebook, the world’s most popular social network, could actually be bad for kids both physically and mentally, this according to a California psychologist and researcher.

Larry Rosen, a psychologist at Cal State Dominguez Hills, said in a presentation in Washington D.C. that social networking sites like Facebook could potentially harm children stating that, among other things, children’s use of Facebook is likely to promote “narcissism” – or an inflated deception of self-importance.

When children write about themselves and what they are doing on a continual basis, narcissism and other antisocial personality disorders, paranoia, and anxiety can develop.

According to Facebook’s policy, you must be at least 13 years old to have a profile a Facebook.  But you and I know that kids of all ages are joining the social network and becoming active, well below the age of 13.

However, I can’t imagine the susceptibility of narcissism being any less prevalent as an adult as it would be as a child.  But then again, I’m not a psychologist.

What do you think – is Facebook dangerous for children’s mental well being?  Could the social network really be harmful to children’s psychological health?