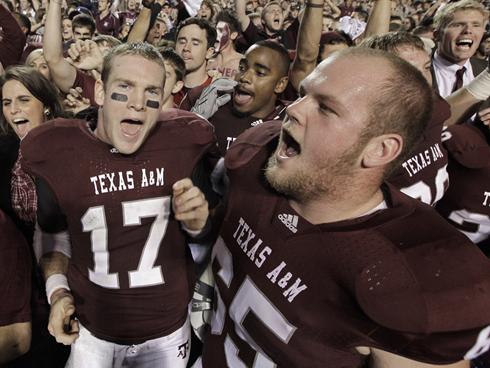 Is it any wonder then that Texas A&M wants to be a part of the SEC?’

At the end of the day, when it comes to college football, it’s all about the money for the conferences and the schools.  Ironic though, isn’t it, that the football players receive no compensation?

So with the SEC supposedly looking to expand, Texas A&M looks to be high on their list for being part of that expansion.  Other teams that are rumored, but also how vehemently deny, wanting to make the move to the SEC are Florida State, Virginia Tech, North Carolina, and Clemson.