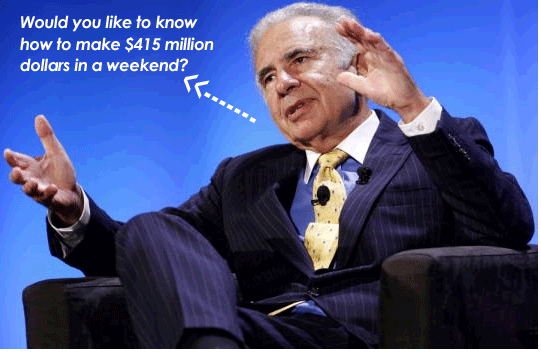 There are obvious winners in today’s news about Google acquiring Motorola Mobility for $40 per share, or $12.5 billion in cash.  And there is no one more of a winner today than the iconic investor Carl Icahn.

I would say that Carl Icahn made a good decision in becoming a major share holder in Motorola.  However, the acquisition of these shares occurred in 2006 and a lot of has been done since then to get Motorola to the level where it is today.

Regardless, Carl Icahn is now nearly a half a billion dollars richer!