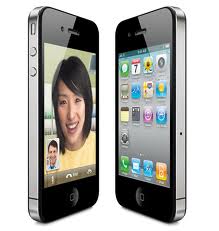 It’s probably safe to consider the iPhone a high end smartphone here in the United States.

Pricing for the iPhone 4 starts at $199 for the 16GB model, and that’s when you purchase the phone through a carrier with a subsidy.

The price can easily double for the iPhone 4 when you buy it outside the realm of carrier subsidies, just like the iPhone 4 16B on Amazon that’s selling for $719.99.

But those prices are just way out of reach for the majority consumers in places like China and other emerging markets.

And that doesn’t bode well for Apple who’s goal is get the iPhone to penetrate every market in the world, not just the wealthier countries.

So with this in mind, Apple has decided to release a cheaper version of the iPhone 4, coming soon to China and other emerging markets.

Apple is currently in talks with leading Chinese carriers China Mobile Ltd and China Telecom, both of which are very anxious to bring the cheaper iPhone 4 to their shelves.

“A lower-priced version of iPhone 4 seems to be a necessary evil at this point in the iPhone adoption cycle, especially in emerging markets where the average income of individuals is much lower,” said Channing Smith, co-manager of the Capital Advisors Growth Fund, which owns Apple shares.