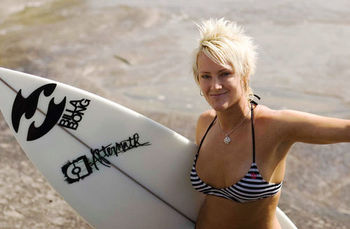 Keala Kennelly was seriously injured after a dangerous wipe out in Teahupoo, Tahiti.   The Hawaiian surfer rode the infamous tow-in session day on August 27th without any problem. Under smaller conditions, Keala went down to get her face in a mess.

Everything happened during the expression session in memory of Andy Irons attended by Bruce Irons, Joel Parkinson, Luke Egan and more pro surfers. Kennelly got barreled and in a second was pushed to the sharp coral.

She suffered severe trauma at the hemi facial right, next to the eye as long as a scalp wound.

In the following minutes, Keala Kennelly was hospitalized in Papeete and underwent surgery to repair the deep wounds. She was then anesthetized in order to remove pieces of coral embedded in the wound. She won forty stitches: 30 in the front and 10 in the skull.

Kennelly said it was like having a car accident. She has to take powerful pain medications to ease the pain. Keala was not wearing an helmet during the session.

“They say a picture is worth a thousand words. Sorry if you were eating dinner. I look much better now I promise”, said the Hawaiian on her Facebook page.

Note: We took the pictures down because they were a bit too gruesome. You might want to Google it! 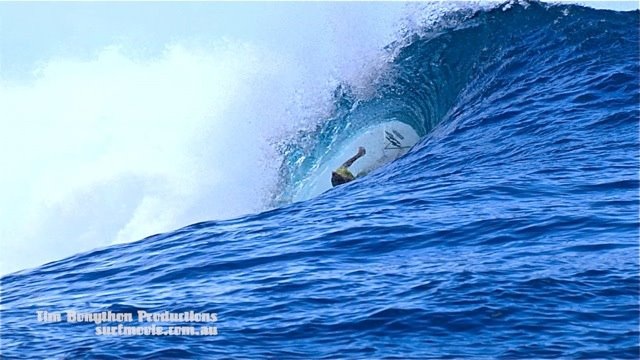