It seems many user’s are getting Error 3200 when upgrading their iPhone’s to the new iOS 5 today.  Apple’s server is getting overloaded with customer’s with issues and can’t possibly get to all of the issues yet.  The iOS 5 error 3200 problem is the most common error stating that there is an “internal error”.  Some have tried updating 5-10 times with still no luck.  This reminds me of the problems I had when I tried upgrading my Macbook Pro’s Snow Leopard to Lion.  In my case it was actually some kind of a hardware conflict.  I ended up reverting to Snow Leopard and I’m back to running smooth.  I’m not sure what the fix is to the iOS5 update issue, but we’ll keep you updated in case you are one of the users who experienced this nightmare.

This post was originally going to show screenshots of my own iOS 5 upgrade so if you’re interested, read on!

Problem/Error Free Upgrade to iOS 5 On My iPhone 4

I plugged my phone in and as usual, iTunes popped up and started syncing my iPhone.  After it was synced I clicked on the update button, which prompted me to update my iTunes.  After the update started it backed everything up again, installed the updates, then restarted the phone.  After my phone was restarted it restored it’s original backup.  The whole process took me around 45 to an hour to complete, with no iOS5 errors whatsoever (whew)!  Below are screenshots of the next steps after my update was complete.

These steps are quite simple but I thought it would be cool to show you the steps to update iOS5. 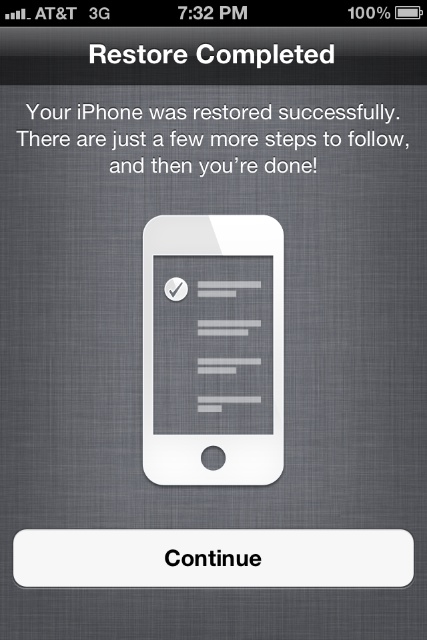 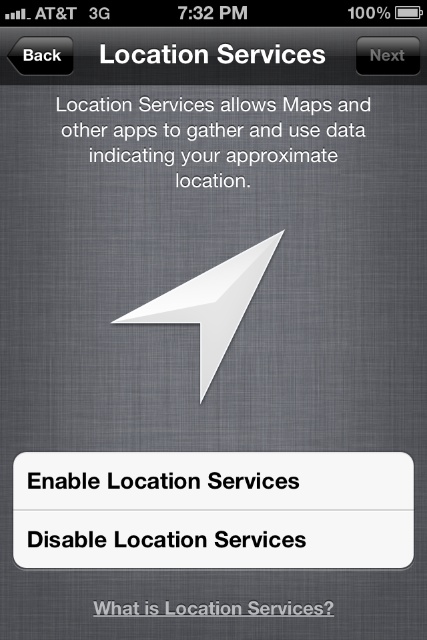 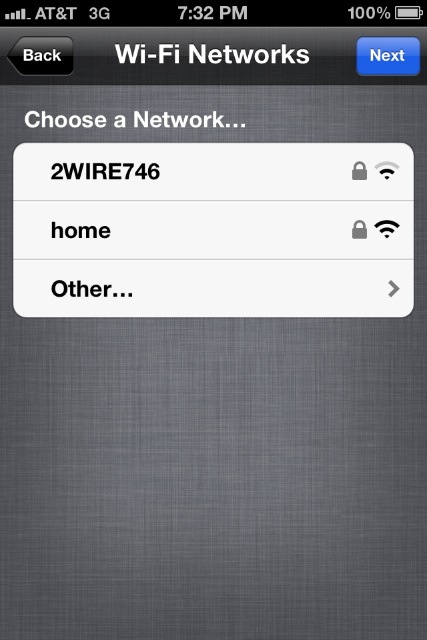 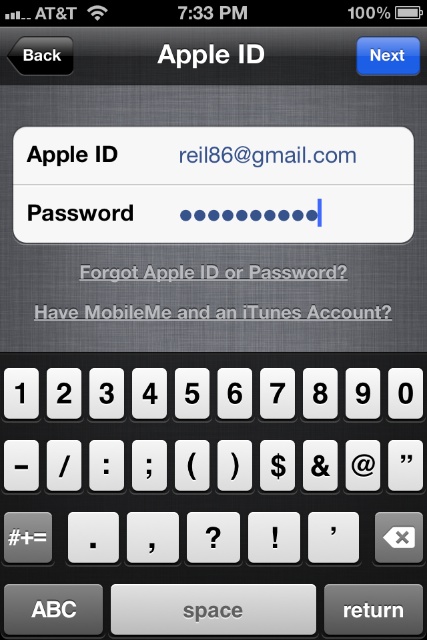 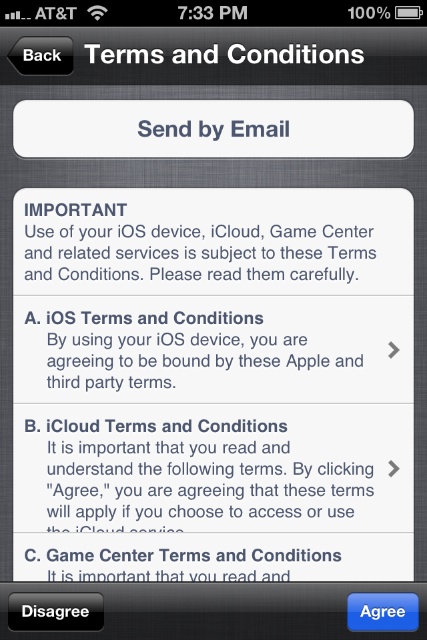 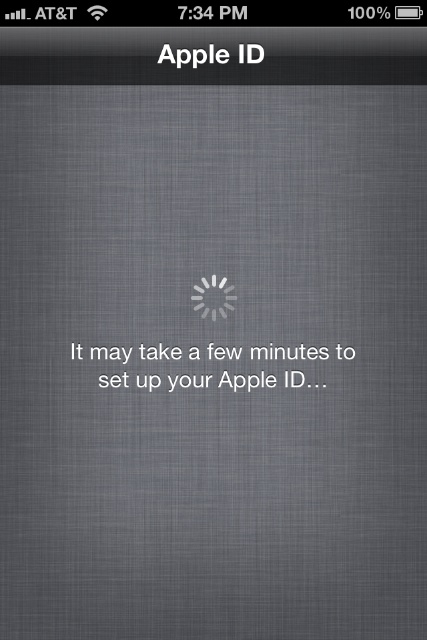 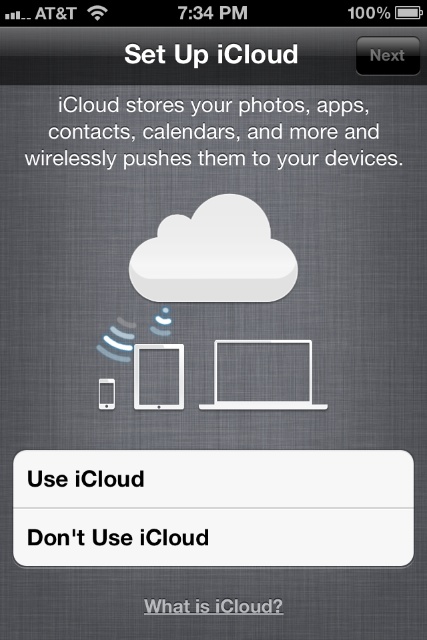 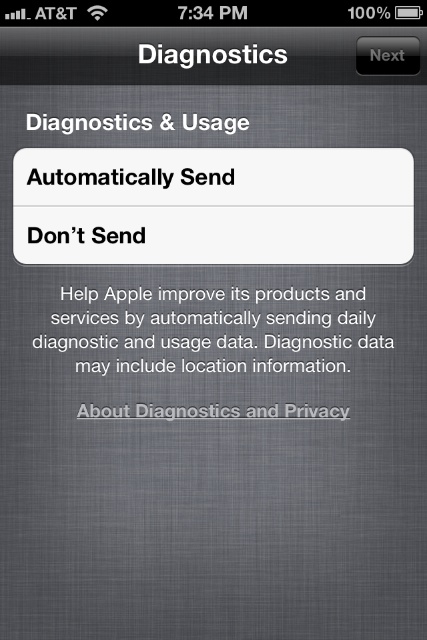 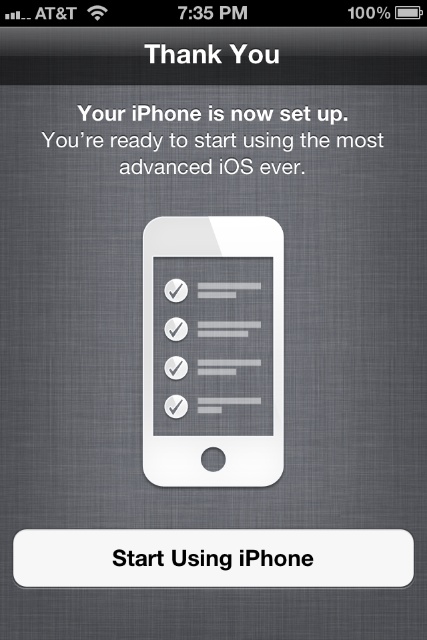 Right after I started to use the phone the home screen seemed a lot more crisp.  On the home screen you’ll immediately notice the new newsstand where you can purchase books.  You’ll also notice a new icon in the bottom that used to be called “iPod” and is now labeled “music”. 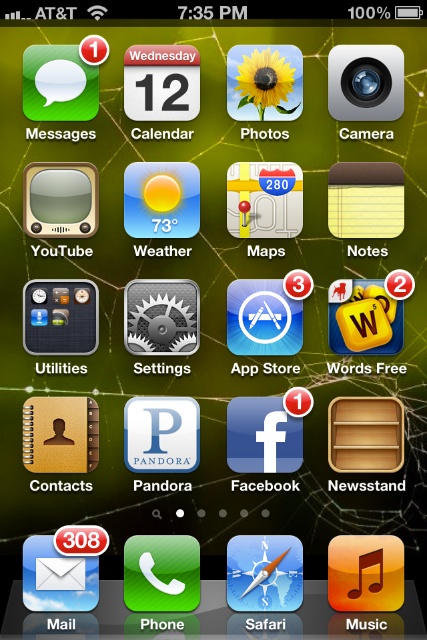 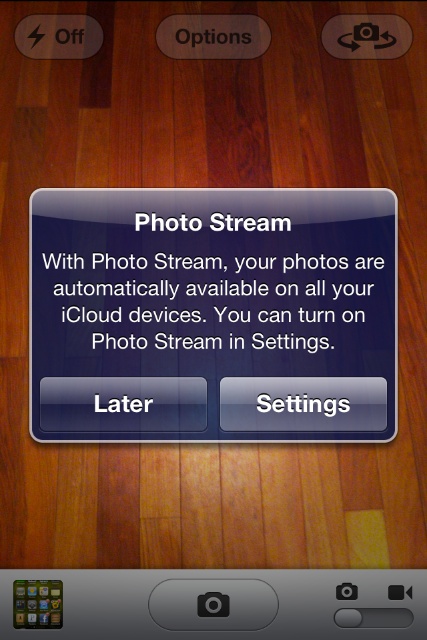 Not a huge difference, but I notice every little details since I design websites.  The toggle button shave a new and improved glossy appearance. 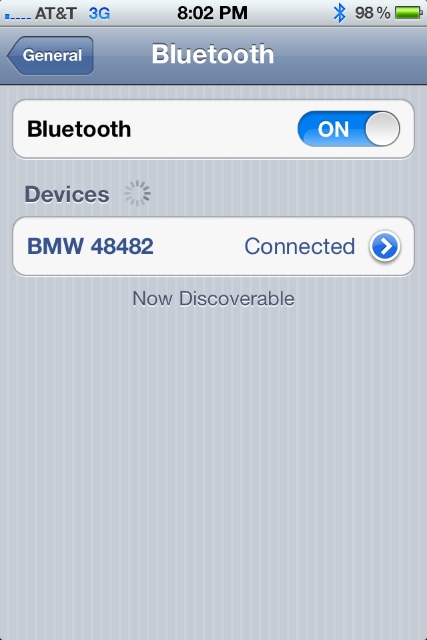 What’s so different?  My favorite updates have to do with the camera.  It’s easier to access and operate since you can now take pictures by pressing the side volume button rather than tap the screen.  This was a simple solution I was looking for a while ago after tapping the screen and messing up a few good pictures.  I haven’t gone over all of the features yet but I’ll be posting updates here when I come across more features.

Some of the most important updates in my opinion:

Now you can text it up with fellow iPhone, iPad, and iPod touch users running iOS 5. Messages with iMessage are unlimited.1 And secure, too. Talk to all your friends or family at once with group messaging. See who’s reading with delivery and read receipts. And if words aren’t enough, send photos, videos, locations, and contacts.

You’ll never miss an important deadline, errand, or grocery item thanks to Reminders. Create lists of things to do that you can check off as you go. Even add due dates and locations — pick up mustard at the store after work, for example. Reminders knows exactly when and where to send you an alert.

Touch up photos right on your iPhone — without the help of photo editing software on a computer. Crop, rotate, enhance, and remove red-eye. Then organize your shots into albums, so you know exactly where your favorites are when the next photo-sharing opportunity presents itself.

Here’s a photo op for your photo ops. Now you can access the Camera app right from the Lock screen. Use grid lines and pinch-to-zoom gestures to get your shot just right. Focus with a tap. Then press the volume-up button and take your photo.