In a move that has upset animal lovers around the nation, police have killed dozens of exotic animals after the owner of an Ohio preserve set them free. The sheriff in Zanesville, Ohio said the owner likely killed himself on his farm after releasing animals. Three animals, a grizzly bear, mountain lion and monkey, remain on the loose. 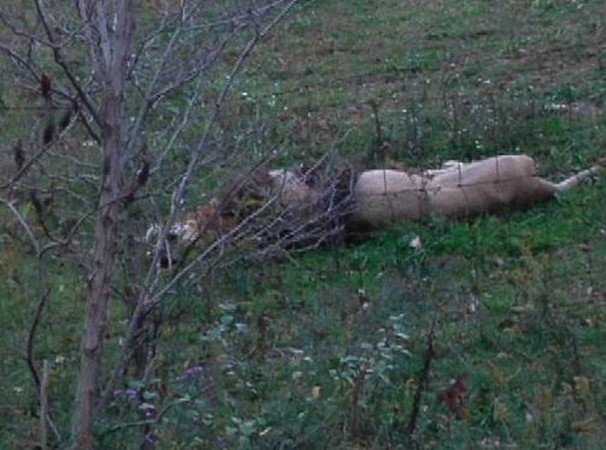 Schools shuttered and some frightened residents said they were keeping to their homes as sheriff’s deputies hunted lions, tigers, leopards and grizzly bears that escaped from a preserve after the death of the owner.

Terry Thompson, 62, was found dead and authorities were waiting on the results of an autopsy, Muskingum County Sheriff Matt Lutz said. But he added that preliminary investigations indicated Thompson released his animals and then died from a self-inflicted wound. He had pried open cages and left the farm’s fences open.

Thompson owned between 48 and 51 exotic animals. Lutz said most of them had been accounted for, but at least three — a mountain lion, a grizzly bear and a monkey — were still missing. Most of those that had escaped from their pens were put down.