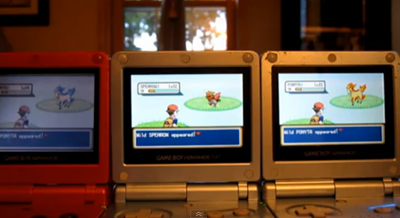 Here’s a hilarious video of a kid playing a Pokemon Video Game on three separate Game Boys trying to find this one special character called Shiny Ponyta.  Apparently he played for 230 days to find hte Shiny Ponyta and boy does this kid freak out over the video game. This kid is more excited than the double rainbow guy on YouTube!  He starts freaking out after he finds the Ponyta, after 25968 encounters (don’t ask me what a Pokemon encounter is).

After watching this it really makes you realize how much kids are addicted to video games.  It can’t be healthy to be playing three gameboys obsessively and recording it on YouTube, can it?