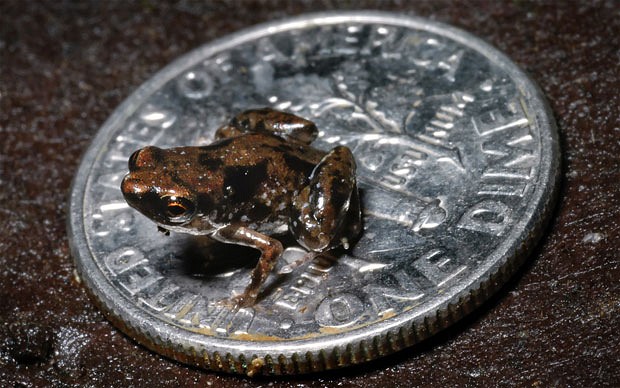 The worlds smallest frog was found.  It’s so small it takes up only a portion of a dime and could sit on top of your pinky!

At 7mm (0.27 inches) long, Paedophryne amauensis may be the world’s smallest vertebrate – the group that includes mammals, fish, birds and amphibians.

They are well camouflaged among leaves on the forest floor, and have evolved calls resembling those of insects, making them hard to spot.

“The New Guinea forests are incredibly loud at night; and we were trying to record frog calls in the forest, and we were curious as to what these other sounds were,” said research leader Chris Austin from Louisiana State University in Baton Rouge, US.

“So we triangulated to where these calls were coming from, and looked through the leaf litter. 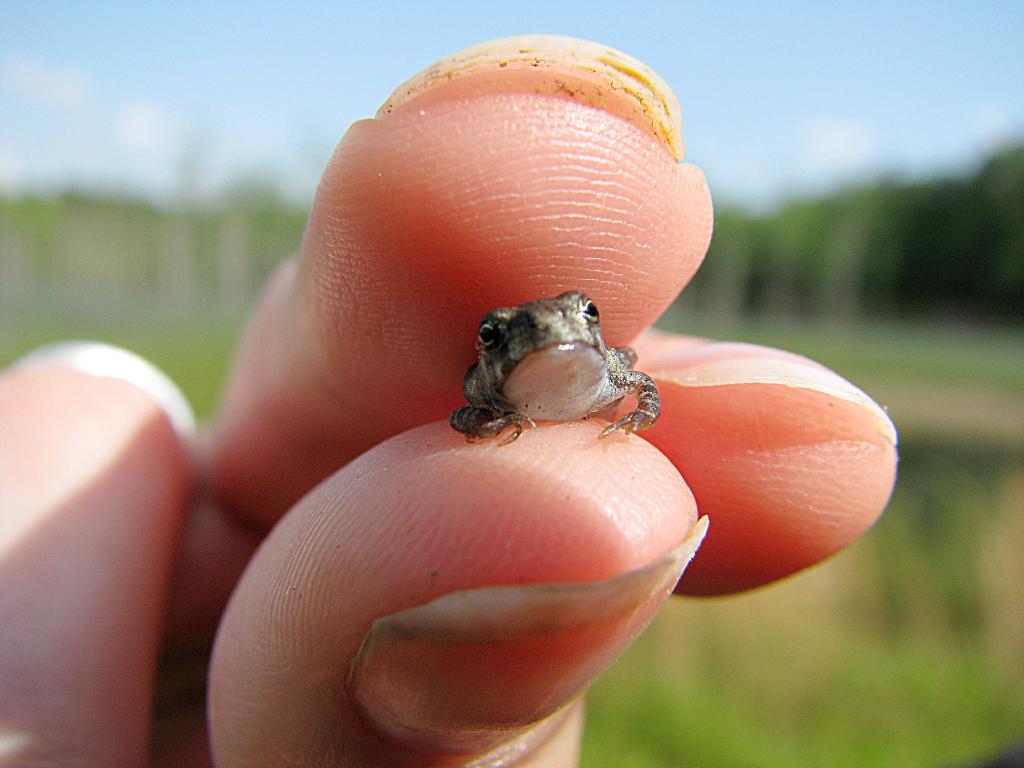 “It was night, these things are incredibly small; so what we did after several frustrating attempts was to grab a whole handful of leaf litter and throw it inside a clear plastic bag.

“When we did so, we saw these incredibly tiny frogs hopping around,” he told BBC News.

One reply on “Worlds Smallest Frog Discovered – Size of a Fly”

I have had many pet frogs and toads. I was wondering why you were touching this such small animals when there pores will be clogged, possibly killing them