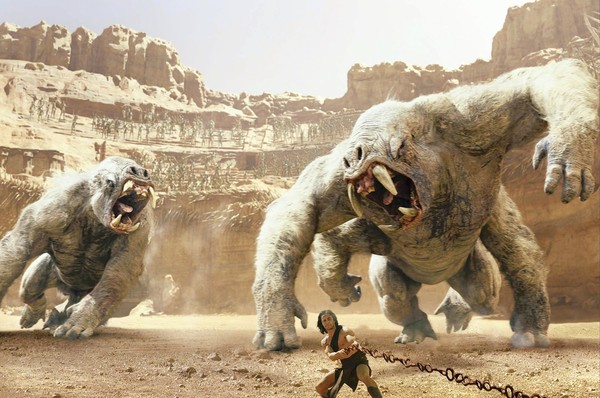 The $250-million science-fiction adventure film set on Mars is struggling to find an audience before it opens. It’s expected to gross $25 million this weekend, down from an earlier estimate of $30 million.

When Walt Disney Co.’s “John Carter” opens in theaters this weekend, the science-fiction adventure may encounter obstacles as formidable as its hero faces on Mars.

Its sweeping scope and $250-million budget suggest director Andrew Stanton’s ambition to create a cinematic adventure on a par with movies such as “Avatar” and “Star Wars” — works that were informed by Burroughs’ original pulp fiction.

What do you think? Will Disney’s John Carter movie premier be a big hit or a flop?