British doctor Helen Johnston was one of 4 aid workers to be rescued from Afghan insurgents by special forces in the early hours of Saturday. Johnston, Kenyan Moragwa Oirere, and two Afghan colleagues had been held hostage in a cave for 11 days. They were kidnapped by rebels linked to the Taliban while travelling through the northern Badakhshan region of Afghanistan to provide emergency food and medical relief to local people. 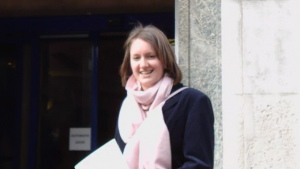 The daring rescue involved special forces from the British SAS, United States Delta Force and Navy Seals as well as local Afghan troops. At least five insurgents were killed in the raid when the shock troops were helicoptered in to the cave complex. There were no serious injuries sustained by the rescuing forces from the international coalition ISAF.

All four freed hostages are in good health. Helen Johnston and Moragwa Oirere are being looked after by their respective embassies and the Afghan nationals are under observation in a Kabul hospital.

British Prime Minister David Cameron said “It was an extraordinarily brave, breath-taking even, operation that our troops had to carry out,” He added “Terrorists should know if they take British citizens as hostage we do not pay ransoms, we do not trade prisoners. They can expect a swift and brutal end.”

A spokesman for Ms Johnston’s family said: “We are delighted and hugely relieved by the wonderful news that Helen and all her colleagues have been freed. We are deeply grateful to everyone involved in her rescue, to those who worked tirelessly on her behalf, and to family and friends for their love, prayers and support over the last 12 days.”

Shams ul-Rahman, the deputy governor of Badakhshan province said that the rescue had taken place after negotiations between local Afghan elders and the kidnappers. When information came out as to the hostages location, this was passed on to ISAF troops who planned the daring raid.