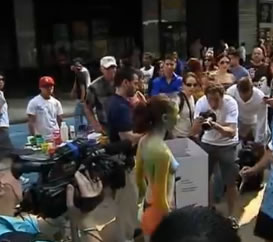 After watching the video you can see why she may have been arrested because it shows quite a lot even though there is paint.  I’m surprised she actually received a $15k settlement for this and that this can actually go on in public.