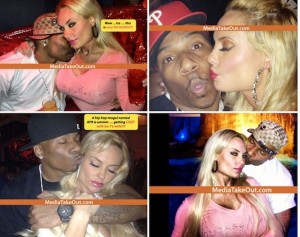 Ice-T was recently disrespected by his wife, Coco after she posted pictures with another guy on her Instagram account.  She apologized for the pictures and said that was as far as the two went but Ice-t posted a few venting comments on his Twitter account about the situation saying they were “disrespectful” and he was “not happy”.  You would think Coco would have known they would have been viral after she posted them!

“Coco’s in Vegas,” the actor tweeted. “She has given me her explanation of the pics on the net from her [first] weeks out there with some dude …

“She said he knew someone in the crew from our show and would pop up where ever they would go. He also said he knew me.. I don’t know dude.

“Regardless.. They would take Posed pics every time. Most of them disrespectful and in bad taste. She’s made me look.. And feel like s**t.”

In his final tweet, the disrespected Ice-T wrote, “Don’t get it twisted… I’m not happy about this s**t.” 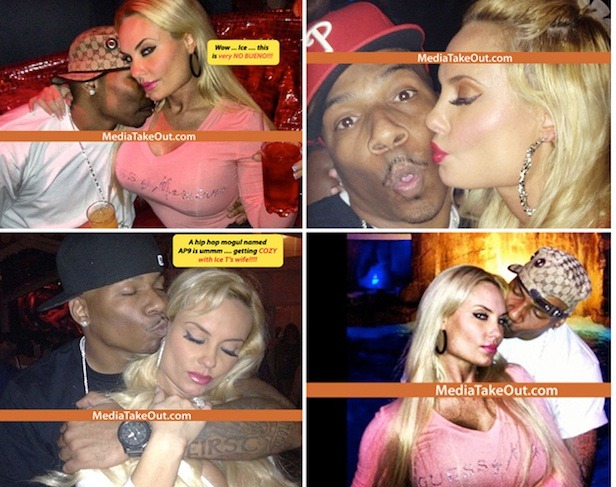 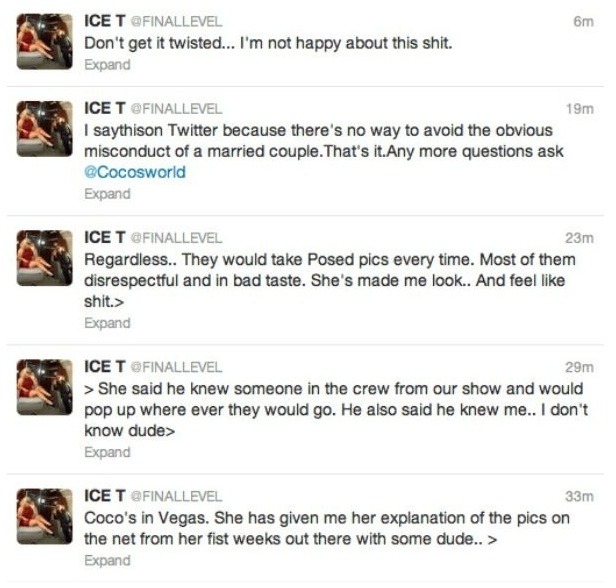