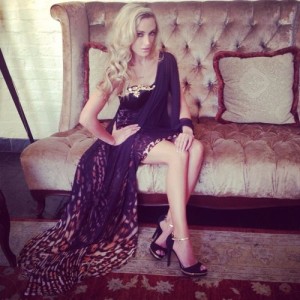 South African Olympic athlete and gold medalist Oscar Pistorius was accused of murdering his girlfriend Reeva Steenkamp this morning.  He is best known for being the paraplegic Olympic runner nicknamed “blade runner” since he ran on his artificial blades.  His girlfriend Reeva Steenkamp was shot four times inside of his home in a gated community and was reported dead on the scene.

There have “previously been incidents at the home of Mr. Oscar Pistorius,” said police spokeswoman Brigadier Denise Beukes. Police in South Africa do not name suspects in crimes until they have appeared in court but Beukes said that the 26-year-old Pistorius was at his home at the time of the death of Steenkamp and “there is no other suspect involved.”

“Yes there are witnesses and there have also been interviews this morning,” Beukes told reporters outside the gated complex where Pistorius lived. “We are talking about neighbors and people that heard things that happened earlier in the evening and when the shooting took place.”

After browsing a few news articles, I came across Reeva Steenkamps Twitter profile which showed she was in high spirits and seemed fine before this tragedy happened.  It’s very sad to see how quickly life can change.  Oscar will be in court on Friday, February 15th so we’ll here about what happened then.

What do you have up your sleeve for your love tomorrow??? #getexcited #ValentinesDay