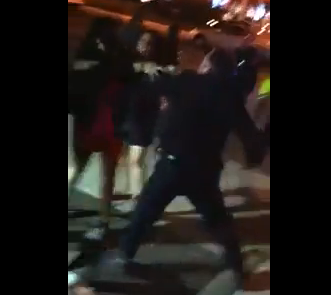 A cop who was trying to break up a fight now faces internet backlash after a video shows him punching a woman in the face.  After watching the video though, it appears he punched her after she went after him, so it’s surprising that this is such a big deal.  I mean, is it now ok to start pushing a cop?  Of course there’s  a chance that he’s going to use force to stop you if you do so.  Apparently this cop is now being questioned about the incident.  What do you think?  Take a look at the “cop punches woman during a fight video” and let us know your opinion.

This video is no longer available.